You know Anu Emmanuel got an offer from the movie Charlie (2015). But She rejected due to Exams.

Like this unknown fact here in this article, we have covered everything about Anu Emmanuel Biography.

Anu Emmanuel is an Indian film actor who appears in Telugu and Tamil Films. She is well known for her cuteness and films like Agnyaathavaasi and Naa Peru Surya.

Anu Emmanuel was born on 28th March 1997 in Chicago, Illinois, United States. She came from a Film Background family, Her Father Thankachan Emmanuel who works as a producer in the Malayalam films and her mother name is Nimmy Emmanuel. Sibling: Allen Emmanuel(Brother), Reba Monica John (Cousin Sister).

She did her schooling from Kerala and flew to the US to pursue further studies. She spent her childhood in Dallas, Texas. During her studies, she acted in Swapna Sanchari film. But due to her studies, she went to the US. College: Graduation in Psychology (Texas, USA).

She was in a relationship with Raj Tarun.

As I said she acted in Swapna Sanchari in 2012. And after completing her studies in 2016 she paired with Nivin Pauly in Action Hero Biju. In the same year, she made her Telugu debut with Majnu film with Nani.

In 2017, she made her Tamil debut with Thupparivaalan film along with Kittu Unnadu Jagratha and Oxygen Telugu films.

During 2018 she gives a lot of blockbuster films like Agnyaathavaasi with Pawan Kalyan and Keerthy Suresh, Naa Peru Surya with Allu Arjun. With these, she made a Cameo appearance in Rashmika Mandanna‘s and Vijay Deverkionda’s film Geetha Govindham. The same year she paired with Naga Chaitanya in Shailaja Reddy Alludu.

In 2019 Anu made her Tamil debut in Namma Veetu Pillai where she shared the lead role with Aishwarya Rajesh. 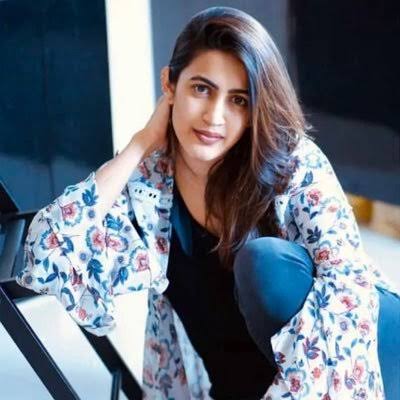